Western Animation / The Tale of Despereaux 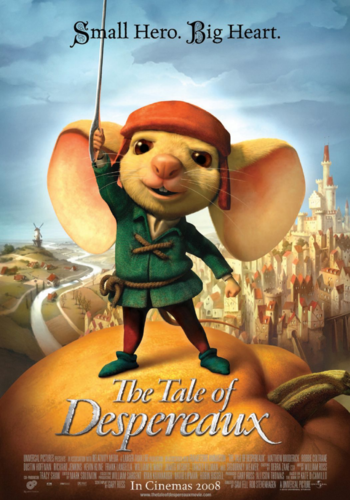 The Tale of Despereaux is an animated film adaptation of the original novel, directed by Sam Fell and Rob Stevenhagen. It was released in 2008 by Framestore.
Advertisement:

Like the book, the film follows a brave young mouse named Despereaux (voiced by Matthew Broderick), who meets and eventually saves the young human Princess Pea (Emma Watson) from a plot by the exiled mouse Roscuro (Dustin Hoffman) and the leader of the rats, Botticelli (Ciarán Hinds).