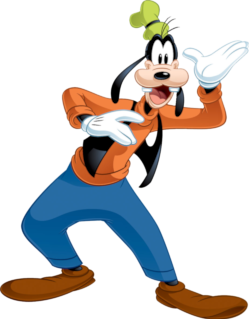 With animal characters in video games and animated movies, shorts, and TV shows, you are bound to find animals with just enough clothing or accessories to make it quirky to that character without covering up the most basic cues like accessory wearing and half-dressed cartoon animals. With Barefoot Cartoon Animals, keeping the feet exposed emphasizes their animal qualities and prevents them from appearing too human. But there are also animal characters who dress in a full outfit and wear shoes.

This animal clothing trope is often averted because a full outfit with shoes, especially full-length pants and a long sleeve shirt with shoes, has a high chance of obscuring what species a particular animal character is. But there are a lot of animal characters who are fully clothed by human standards. There are four main situations that would provoke the use of this trope:

Any tier of the Sliding Scale of Anthropomorphism can be this, but it's most common on Funny Animals and Beast Man as characters of those tiers (Especially the latter) are supposed to act nearly or completely human.

Contrast with the Barefoot Cartoon Animal, who does not wear shoes but is otherwise fully dressed, and half-dressed and accessory-wearing, but otherwise naked cartoon animals, who only wear partial clothing or accessories. When this is mostly applied to female characters, see Pantsless Males, Fully-Dressed Females

Subtrope of Appropriate Animal Attire. Often, but not always overlaps with The One Who Wears Shoes.