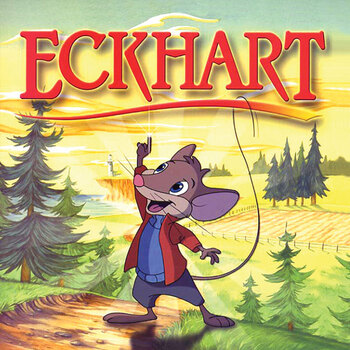 Eckhart is a Canadian animated series produced by CCI Entertainment (which would later produce such shows as Harry and His Bucket Full of Dinosaurs and Turbo Dogs) for Teletoon that ran for 3 seasons of 39 episodes between September 8, 2000 and May 26, 2002. It was created by renowned Canadian author David Weale and based on a 1999 children's book he wrote called "The True Meaning of Crumbfest" that had also previously been adapted into a Christmas TV special that was also shown on Teletoon.