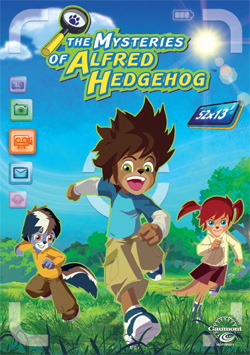 The Mysteries of Alfred Hedgehog is an animated children's series originating in Canada and France that explores science and nature with critical thinking and pro bono detective work. It takes place in a small town carved out of a forest known as Gnarly Woods, and involves a trio of pre-adolescents trying to solve the mysteries surrounding strange events. Alfred keeps a cool head and figures it all out logically, while Milo adds entertainment by being panicky and believing in the supernatural. Camille balances out the two boys. Viewers learn about natural phenomena through this show.