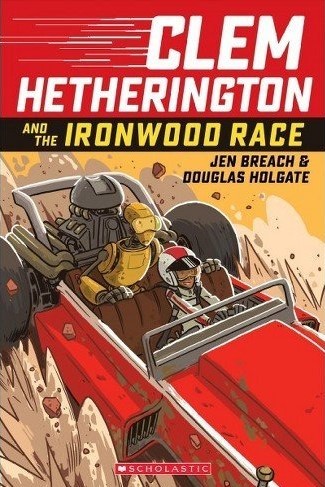 Clementine Hetherington is the daughter of a famous archaeologist who, along with her husband, died three years ago. She and her robot partner, Digory, escaped from the orphanage where they'd been living since then, so Clem can pursue her dream of following in her mother's footsteps. A dream that's hard to follow because nobody takes her seriously because she's underage.

However, Clem won't be dissuaded so easily. She's determined to become an archaeologist, and will do whatever it takes to achieve that.

The first book, Clem Hetherington And The Ironwood Race, was published in February 2018.

Kilburn: I thought that if I showed you, you'd see it the way I do. That with your parents out of the way, you'd see. I thought three years would do it.