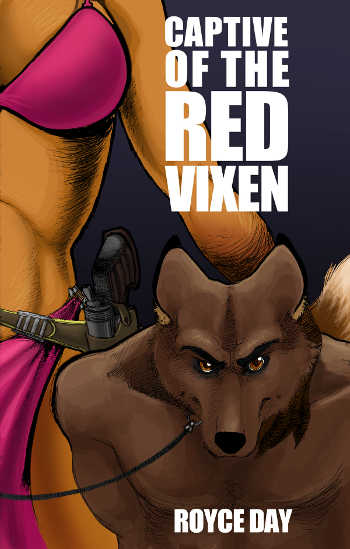 Rolas would like you to know he is wearing shorts.
Advertisement:

The Red Vixen Adventures are a series of sci-fi romance novellas by Royce Day that invoke traditional Age of Sail romances, in space, with anthropomorphic fox aliens as the main characters. Tying the novellas together is a pirate who calls herself the Red Vixen, and her relationship to members of the noble House of Darktail.

The current novellas include: