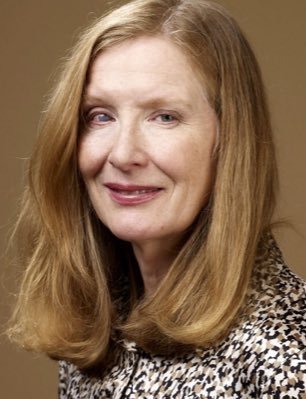 Conroy is best known for her prolific career, particularly in television. She portrayed Ruth Fisher in the HBO series Six Feet Under for the entirety of its run, winning a Golden Globe and three Screen Actors Guild awards for her work.

In The New '10s, she experienced something of a career resurgence as a repertory cast member on Ryan Murphy's FX anthology series American Horror Story. Conroy has appeared in eight of its eleven seasons since it premiered in 2011, the second-highest amount of appearances on the show, behind the nine seasons of Sarah Paulson, Evan Peters and Lily Rabe.

Conroy is also notable for distinctive appearance, specifically the discoloration in her right eye

◊. For her role as Moira O'Hara in American Horror Story: Murder House, the condition of her eye was written into the character's backstory, per Ryan Murphy's suggestion.

She's not related to Kevin Conroy. However, both of them were members of Juilliard's Drama Division Group 6 (1973–1977), and both have a history with DC Comics adaptations (Batman especially, with Frances playing in Catwoman (2004) and Joker).