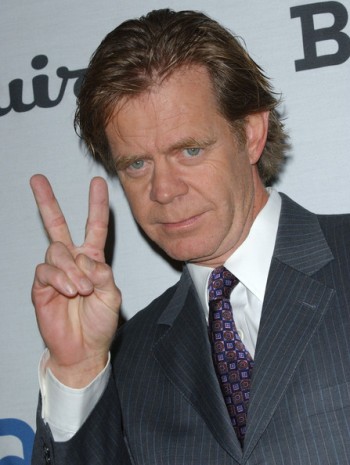 "If I like the story and it's well written, and it's a character I want to play and they'll pay me, then I decide to do it."
Advertisement:

He is probably best known for his Academy Award-nominated role in The Coen Brothers' masterpiece Fargo, although prior to that his career was strong and built on both small independant films and action movie blockbusters. With his Ned Flanders appearance and unassuming voice, Macy is often cast as middle-class ineffectual types although he has played a variety of different roles out of that spectrum. He describes himself, accurately, as "sort of a Middle American, WASPy, Lutheran kind of guy... Everyman".

Macy has been nominated for nine Emmy Awards and seven Screen Actors Guild Awards, winning two of the former and one of the latter. He is also a three-time Golden Globe Award nominee. Since 2011 he has played the main antagonist in the Showtime television series Shameless. Macy and actress Felicity Huffman have been married since 1997.

Filmography on this wiki