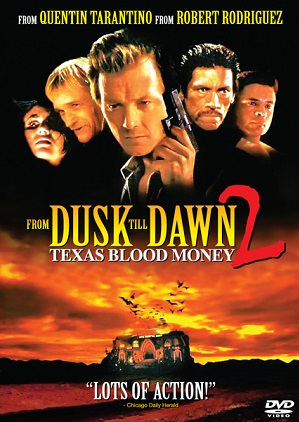 The film deals with a group of robbers planning a heist. One of them stumbles across the Titty Twister from the first film (it's implied this movie takes place sometime before it) and ends up getting bitten, spreading the vampirism to most of his fellow robbers, save for one who's forced to team up with the local sheriff to take them down.

From Dusk Till Dawn 2: Texas Blood Money provides examples of: