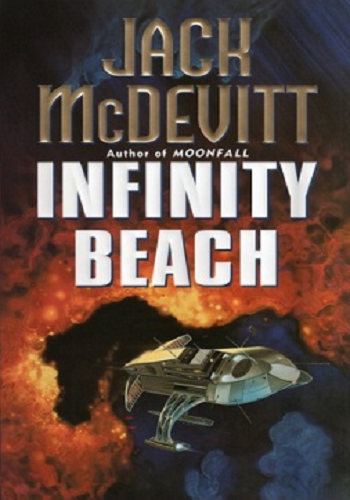 In the future, many worlds have been colonized, but no alien life has ever been discovered. The starship Hunter was one of many that set out into space on a search for intelligent life. With its trip cut short by an engine malfunction, the crew returned home and sadly announced the failure of the mission. Then two of the crew members vanished off the face of the earth, and a third was killed in a massive, unexplainable explosion that also wiped out an entire village.

Years later, Kimberly Brandywine — sister to Emily Brandywine, one of the mysteriously vanished Hunter crew members — discovers evidence that all is not what it seems. Why did the Hunter send a message announcing "We struck gold" before returning to announce failure? What still haunts the site of the explosion, leading to whispers of ghostly shapes and disembodied eyes floating in the night? With all of the original Hunter crew dead or missing, Kim's search for the truth about what happened to her sister won't be an easy one. But she will not stop until she uncovers the real story of the Hunter... because something happened out there, in the blackness between stars, and something was brought back.