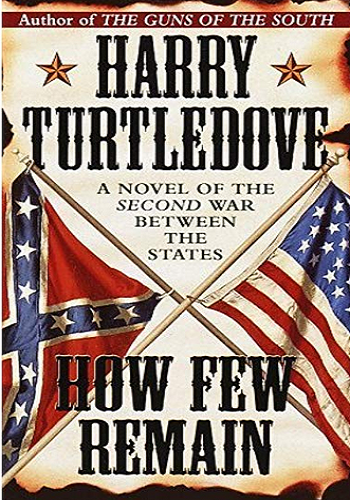 How Few Remain is the first instalment of Harry Turtledove's ambitious Southern Victory (AKA Timeline-191) series of Alternate History novels, which takes place in a universe where the Confederate States won The American Civil War, thus dramatically changing the course of history.
Advertisement:

In Real Life, Special Order 191 was Confederate general Robert E. Lee's blueprint for troop movements during his 1862 invasion of Maryland, which by happenstance fell into Union hands, encouraging Union commander George McClellan to press on and fight Lee to a stalemate at the Battle of Antietam, the bloodiest single day of the war, which blunted Lee's momentum and enabled Abraham Lincoln to issue the Emancipation Proclamation, thereby ensuring the European Powers would stay out of the war.

But in this universe, the orders were never intercepted... Instead, Lee defeated McClellan, marched on into Philadelphia, and Britain and France officially recognized the Confederacy as a nation-state and mediated a peace settlement. As a result, Lincoln is disgraced rather than assassinated, both Stonewall Jackson and Jeb Stuart survive the war, Samuel Clemens stays in San Francisco instead of writing fiction, etc. In short, Butterfly of Doom ensues.

The story proper picks up in 1881 when resentment of their defeat and geopolitical concerns over the Confederate purchase of Mexican territory prompts U.S. President James G. Blaine to declare a new war on the Confederacy, and follows—in turn—eight historical figures:

Over the next decade, the novel was followed by ten sequels that carry the story forward through the First World War (the Great War trilogy), the interbellum years (the American Empire trilogy), and the Second World War (the Settling Accounts quadrilogy).

Tropes in the novel: