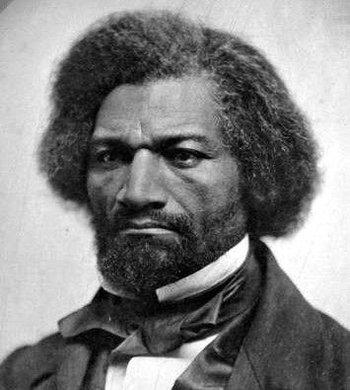 Power concedes nothing without a demand. It never did and it never will. Find out just what any people will quietly submit to and you have found out the exact measure of injustice and wrong which will be imposed upon them.
Address on West India Emancipation, 1857
Advertisement:

He wrote several autobiographies about about his experiences, including Narrative Of The Life Of Federick Douglass An American Slave.

He was also well known for his belief in equality for all people, including men and women and other ethnic groups and supported women's right to vote.

Media he has been featured in: