Literature / Annals of the Western Shore 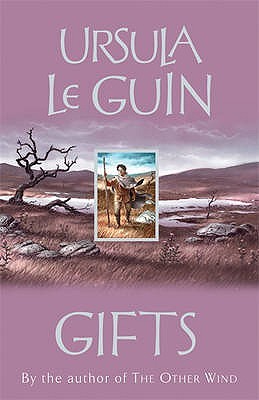 The Annals of the Western Shore is a trilogy by Ursula K. Le Guin. It takes place in a fantasy setting that is otherwise unnamed and is unrelated to her Earthsea books. The western shore is mostly a collection of city-states, apart from the mountainous Uplands and Carrantages, governed by republic or quasi-republic or plain oligarchy. Each book takes place in a different area.

Each book is a Coming of Age story, told in first-person by a protagonist writing down the events from years later. Although there are three books in the series, it doesn't follow the typical Trilogy format. Instead, each book is a standalone story with different places and characters of the common setting, narrated in first-person by its protagonist. As usual with Le Guin's work there isn't a great deal of action to speak of, focusing mainly on Character Development as each character struggles to make sense of the world they live in.

A Central Theme of the series is the power of stories and knowledge to inspire individuals and make connections between people, as well as the wish to be nonviolent in a violent world, and the destructiveness of violence. It is also a work of Feminist Fantasy and explores the differences between men and women and how they behave and are treated in society.