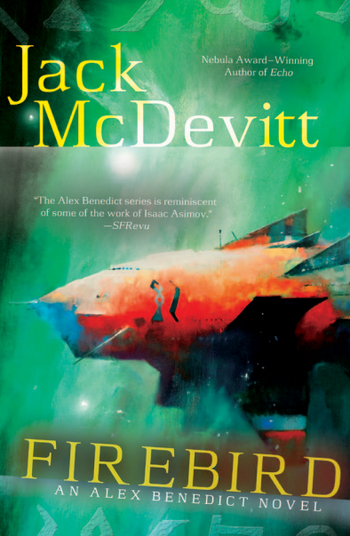 The Alex Benedict series consists of a number of science-fiction novels written by Jack McDevitt.
Advertisement:

The main characters are Alex Benedict, an antiquities dealer, and Chase Kolpath, an interstellar pilot. They run a company called Rainbow Enterprises which specializes in the finding and selling of ancient historical artifacts. The novels follow their adventures as they solve historical mysteries and find long-lost artifacts, usually while facing opposition from some form of conspiracy.

The series consists of A Talent For War, Polaris, Seeker, The Devil's Eye, Echo, and Firebird. A seventh novel, Coming Home, is scheduled for 2014.

Alternative Title(s): A Talent For War