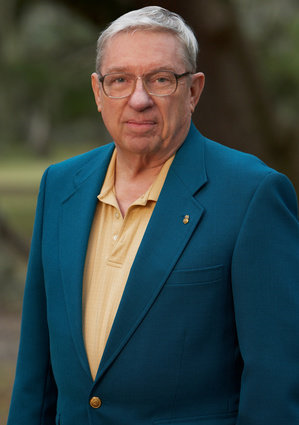 Jack McDevitt (born April 14, 1935) is an American Science Fiction writer, known for mixing future-archeology in with his SF.

He has two extended series of novels: the Alex Benedict series about the titular antiquities dealer/investigator and his pilot and business partner, Chase Kolpath, and the Priscilla Hutchins series about a pilot who works for a xeno-archeology Academy (they investigate alien ruins). He also has about a half-dozen standalone novels covering subjects ranging from First Contact to After the End.

Tropes used in his works: