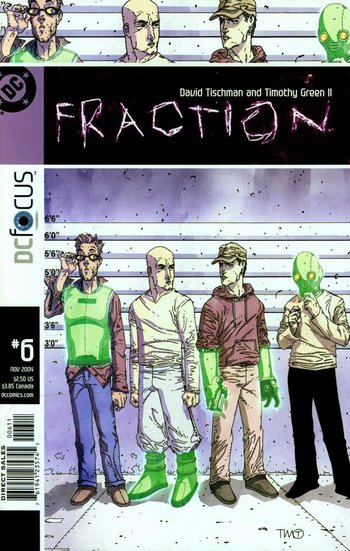 A series from the short-lived DC Focus imprint (following people with powers outside of the usual superhero genre). Fraction follows a quartet of Childhood Friends (Ford, Trent, Mike and Pete) who stumble across a set of super-powered armor and divvy it up. Pete gets the helmet, Trent the boots, Mike the gloves and Ford the chest plate. The four begin using those pieces for vastly different purposes, as the original owners of the armor try to track them down.