Literature / Parable of the Sower 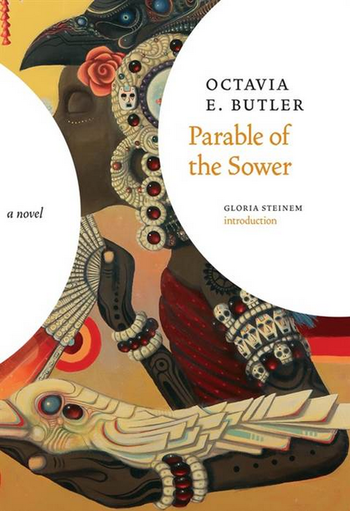 Parable of the Sower (1993) and its sequel, Parable of the Talents (1998), by Octavia E. Butler, take place in a near-future Earth devastated by economic collapse. Lauren Oya Olamina lives in a walled community with her family until the day it is attacked and burned to the ground. Along with a few survivors and the revelation that "God is change", Lauren must search for a safe place to live and eventually discover the means to fulfill the destiny of a new religion.
Advertisement:

A third book was planned, Parable of the Trickster, but the author passed away before it was completed.

Alternative Title(s): Parable Of The Talents