Literature / The Golem and the Jinni 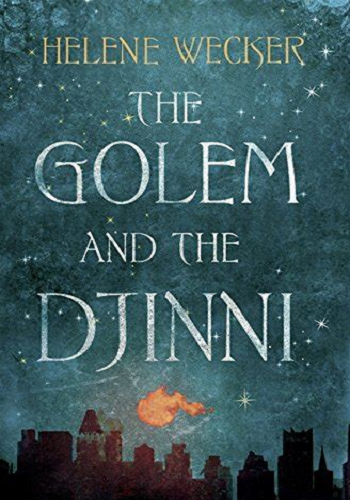 Chava: So, it’s just stories now. And perhaps the humans did create their God. But does that make him less real? Take this arch. They created it. Now it exists.
Ahmad: Yes, but it doesn’t grant wishes. It doesn’t do anything.
Chava: True. But I look at it, and I feel a certain way. Maybe that’s its purpose.
Advertisement:

The Golem and the Jinni (2013) is a Historical Fantasy novel written by Helene Wecker about two creatures of legend living among immigrant communities at the end of the 19th century.

In 1899, the Golem wakes up in the cargo of a ship bound for New York City. Despite being inhumanly strong and made of clay, her newborn status makes her fearful and confused about the humans surrounding her. She is taken in and named Chava by a kindly old rabbi, who warns her to never let others around her learn of her true nature, lest they destroy her.

Across town in Little Syria, the Jinni springs from a copper flask being repaired by the local tinsmith. After hundreds of years of imprisonment, the Jinni still has an iron manacle attached to his wrist, confining him to human form instead of his usual form of a spirit made of flame. Choosing the name Ahmad, he begins to work in the tinsmith's shop as an assistant to keep his cover.

After months of living amongst the humans, the two meet late at night, instantly recognizing each other as different from the others around them. A friendship is struck, and slowly the threads of their lives and the peoples' around them become more and more intertwined.