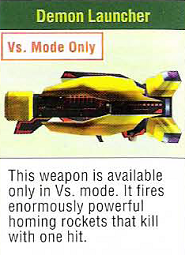 There are video games that feature both Singleplayer and Multiplayer modes, and in at least some of those games, the gameplay has little to no differences between the two. Yet despite this, the Multiplayer tends to have special items, abilities and such that either do not appear in the Singleplayer mode at all (even though they technically could), or they do appear, but are completely useless in it. This trope is about such cases.

One of the potential reasons is that usually, these items are about causing Interface Screws to other players, which wouldn't work against AI-controlled opponents. In some other cases, certain items might appear only on Multiplayer because they would be too destructive or powerful in Singleplayer, or to give a sense of accomplishment to those who get their hands on them. Other times, things like The All-Seeing A.I. render things like stealth useless when used against computer-controlled enemies.