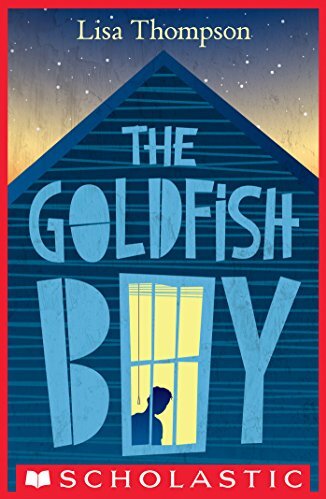 The Goldfish Boy is a 2017 middle grade novel by Lisa Thompson.
Advertisement:

Twelve-year-old Matthew Corbin hasn't left the house in weeks because of his severe OCD. To stave off boredom, he spies on the neighbors through the windows and fills notebooks with the details of their schedules. When Teddy Dawson, a toddler staying with his grandfather Mr. Charles in the house next door, goes missing, Matthew decides to solve the mystery, as he was the last person to see Teddy. He is helped by Melody Bird, a neighbor girl who communicates with him mostly via email.

The Goldfish Boy contains examples of: