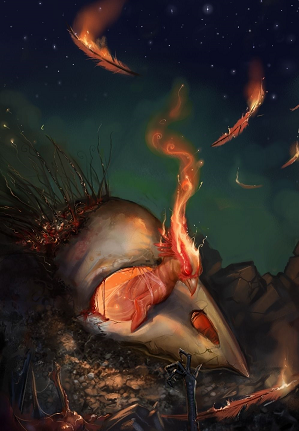 by SoupAndButter
"There is no doubt being human is incredibly difficult and cannot be mastered in one lifetime."
— Unity, Thief of Time
Advertisement:

In this type of Immortality, a character is not particularly invincible or unaging. They can be hurt and killed, and they usually age normally. However, if they should die, they will immediately be reborn as a child.

This child may or may not be identical to the original body, but will usually have all the memories of their past life or lives. Note that this is not always Reincarnation — the child may not literally be born, but instead appear or grow on its own.

If they "respawn" at the same age they died, then it's Resurrective Immortality, instead.

This type of immortality rarely overlaps with the other Immortality tropes. See also The Phoenix, Reincarnation.