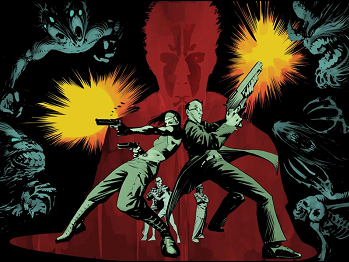 Caballistics, Inc. is a comic featured in 2000 AD.

The British government sells off a nearly defunct department originally tasked to fight off Nazi occultism during World War II to a mysterious entrepeneur. He reforms the organization into Caballistics, Inc., a private agency to fight off supernatural threats.

Followed by a Spin-Off series, Absalom.