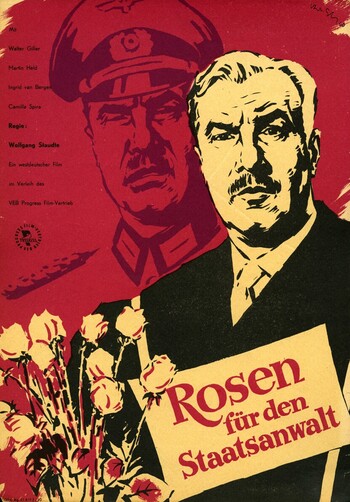 From military inquisitor to civilian prosecutor.
When a large autocracy, particularly one with a major military force, changes to a more liberal and pacifist style of government, you will find a lot of highly-trained people out of a job.
Advertisement:

So, they frequently become Hired Guns. An aversion of Full-Circle Revolution, where they may all get new jobs in the new regime like nothing had changed.

May or may not wear a Commissar Cap. When military personnel turn to crime without the country falling or undergoing some drastic change, that's From Camouflage to Criminal.