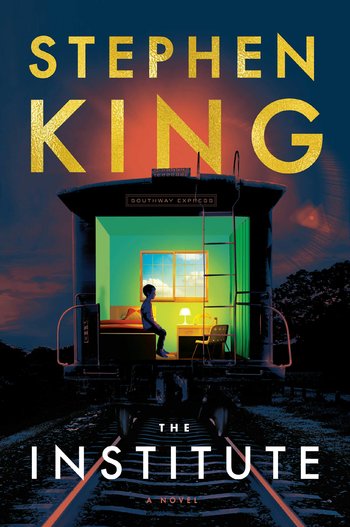 The Institute is a 2019 novel written by Stephen King.
Advertisement:

Tim Jamieson leaves Florida and travels to the fictional small town of DuPray, South Carolina. A decorated former cop, Jamieson takes a job working for the local police department as a "night knocker".

In suburban Minneapolis, intruders silently murder twelve-year-old Luke Ellis' parents and kidnap him. He wakes up in a room identical to his own at the Institute, a facility located deep in the woods of Maine.

At the Institute are other kidnapped kids with special talents—telekinesis and telepathy—who live in rooms of their own. Nick, George, Iris, and ten-year-old Avery Dixon are all in Front Half while others graduated to Back Half. Mrs. Sigsby, the institute's director, and her staff are dedicated to extracting the special talents from the children. As each new victim disappears to Back Half, Luke becomes more and more desperate to get out and get help before the same fate befalls him.