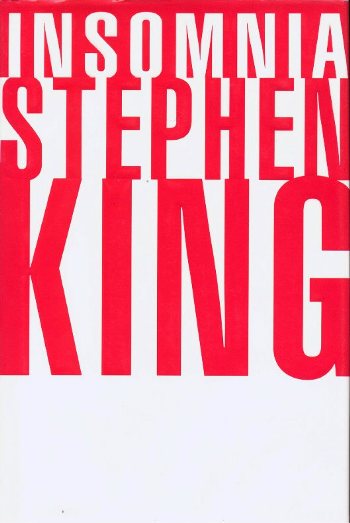 It's a long walk back to Eden, sweetheart, so don't sweat the small stuff.
Advertisement:

Insomnia is a novel written by Stephen King.

Ralph Roberts, an elderly widower, is suffering from insomnia. Soon he begins to see things that are invisible to others—auras that represent people's life forces and little bald men who are present at the homes of the dying. Soon Ralph discovers that the fate of the universe is resting on his shoulders.

No relation to the film of the same name.