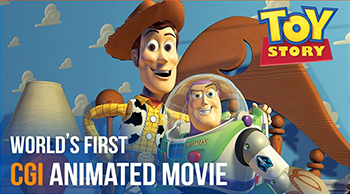 A Dancing Bear is any work of media that attracts viewers not because it's particularly entertaining — many of them, in fact, are dull or otherwise pointless — but because of some gimmick involved in the production. Any work for which the method by which it is created is more interesting than the result.

Featuring noteworthy non-actors in major roles (or celebrity guest stars for television episodes) can qualify something for this trope: we don't go to movies with Paris Hilton in them to see how well she acts, after all. Particularly large casts, shockingly difficult productions, unique production methods... anything that's used to sell a work more than its actual content can qualify it for Bear status. The Oner is usually a Bear as well, and Live Episodes too. A Tech-Demo Game runs a high risk of being a bear, if the developers cannot balance its gimmick with good gameplay. Another type of Bear is The Item Number, especially if it ranks high on the Fanservice scale and/or features a very well-known "item girl" (or guy).

Note that this doesn't include works in which outside events make us more interested in it — The Dark Knight certainly got a considerable amount of attention as a result of Heath Ledger's death, but it wasn't a Dancing Bear. For that, see Reality Subtext.

See also Come for the X, Stay for the Y, when the work has a lot more going on than just a bear that dances, and Just Here for Godzilla, for cases where that happens, but the audience doesn't care. See also Overshadowed by Controversy, where a Dancing Bear is especially well-known for controversial moments regardless of other factors.

open/close all folders
Anime & Manga
Arts
Automobiles
Comic Books
Fan Works
Films — Animation
Films — Live-Action
Literature
Live-Action TV
Music
Non-Fiction
Pinball
In general, as pinball machines were originally marketed to operators, who would put them out in public for people to play, advertising for them tended to be more about unique gimmicks and other novelties than about the gameplay itself, as operators were not necessarily players and thus were more likely persuaded on gimmicks and novelties than how good the game actually played. Rather than talk about, say, The Addams Family's intricate depth, its challenging yet fair difficulty, or its scoring oriented around Competitive Balance, it was easier to convince operators to buy the game because Thing comes out of a box and grabs the ball! Or hidden magnets swing the ball around in unpredictable directions!
Puppet Shows
Tabletop Games
Theatre
Video Games
Visual Novels
Web Animation
Webcomics
Web Original
Web Videos
Western Animation

Alternative Title(s): Gimmick Attracts An Audience, Watch It For The Gimmick