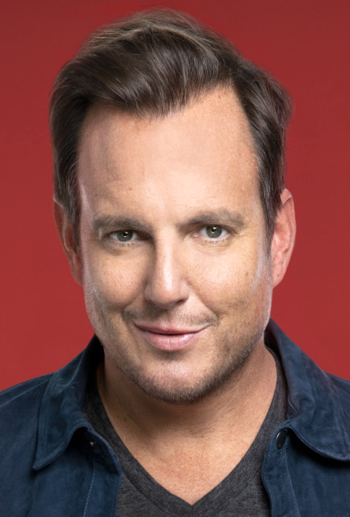 Hey, isn't he that horse from Horsin' Around?
Advertisement:

William Emerson Arnett (born May 4, 1970) is a Canadian actor. Before his Star-Making Role as Arrested Development's G.O.B. Bluth, Arnett would audition for numerous television pilots that would fail in various ways, which was discouraging for his career. Once he had made it into TV as an acclaimed actor, however, opportunities throughout film and television opened up for him. He has a distinct gravelly voice and was originally in high demand as a television commercial voice-over artist, and has since done many voice acting performances, voicing LEGO Batman and the title character on Netflix's BoJack Horseman, one of his few dramatic roles (Arnett also served as producer for the first season and executive producer from season two on).

He and his Arrested Development co-star Jason Bateman have a production company focusing on digital content called "DumbDumb Productions". He also served as executive producer to ABC's 2017 summer revival of The Gong Show (though not as its host; that role went to Mike Myers under the fictional persona of "Tommy Maitland").

He was married to Penelope Ann Miller and Amy Poehler.

Tropes associated with his acting roles: