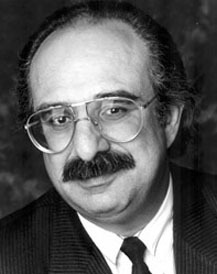 Elliot Harvey Atkin (18 December 1942 – 18 July 2017) was a Canadian actor and voice artist. Known for his deep, gravelly voice, he was best known for playing Morty Melnick in Meatballs and Sergeant Ronald Coleman in Cagney & Lacey, as well as for voicing King Koopa in the Super Mario Bros. cartoons and Sam in The Adventures of Sam & Max: Freelance Police.

He passed away in 2017 at the age of 74 due to a brain tumor. A reanimated collaboration of the memetic Super Mario World episode "Mama Luigi" that was uploaded onto Youtube that year was dedicated to him, as well as Tony Rosato (the voice of Luigi) who had also died that year.