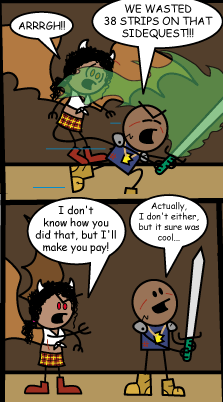 A sword, or any other type of weapon or ability, that unleashes some form of "hidden" (or not so hidden) power when certain conditions are met, such as the wielder nearing death, blood getting splashed on it, etc. This weapon tends to be most prominently used in a Desperation Attack.
Advertisement: