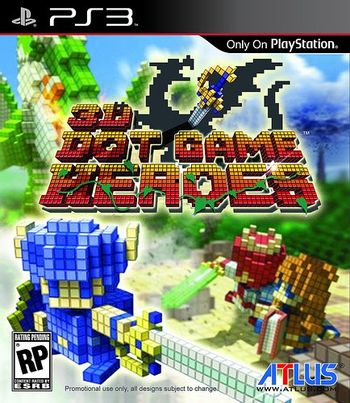 3D Dot Game Heroes is a title for the PlayStation 3. It's an homage to The Legend of Zelda series and retro gaming in general.

You play as a young hero trying to save the kingdom of Dotnia from some legendary evil. It references and parodies several gaming themes and clichés. It's not limited to gameplay, either. The entire game is depicted as a 2D title that has been converted into high-definition 3D; old-school sprites now look like giant chunks of polished LEGO bricks. Though hardly groundbreaking, its humor and nostalgia appeal to older gamers.

Oh, and it's where Scott The Woz got his former outro theme from.