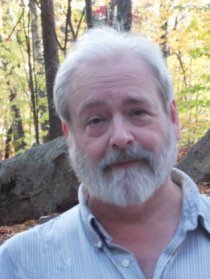 There's no idea so stupid or hackneyed that a sufficiently talented writer can't get a good story out of it.
In far too many fantasy stories only the main characters are people. Palace guards, in particular, come off badly; nobody seems to think twice about slitting the throats of a few guardsmen. I don't care what the job pays, you'd never get me to be a palace guard in some of these universes. If I wanted to commit suicide I could find more entertaining ways.
Advertisement:
Besides, they're so utterly ineffectual. Really, has any clever thief or sneaky barbarian ever been stopped by palace guards? Why do all these palace-owners bother with them? If I were hiring guards, I would want them to have at least some instinct for self-preservation, and to know how to do something other than stand there looking bored until someone sneaks up from behind and cuts their throats, or jumps down from an overhanging ledge, or gets them to look the wrong way with the distinctive sound of a pebble being thrown.
—Lawrence Watt-Evans, The Laws of Fantasy

Lawrence Watt-Evans is a primarily Speculative Fiction writer who also works in comic books, and has dabbled in a few other genres. He's most famous for The Legends of Ethshar series, and for a tendency towards Deconstruction and Rational Fic.

His peculiar name was due to a recommendation by a publisher. Lawrence Evans seemed too ordinary, so they recommended a hyphen between his middle and last name to make it more interesting.

Split Heirs, co-written with Esther Friesner, is a hilarious deconstruction of Prince and Pauper tropes, with THREE royal babies, one female and two male - the two boys get Moses in the Bulrushes'd, and the girl is brought up as a prince.

He has also written an engaging critical review of the works of Terry Pratchett.

Works by Lawrence Watt-Evans with their own trope pages include: