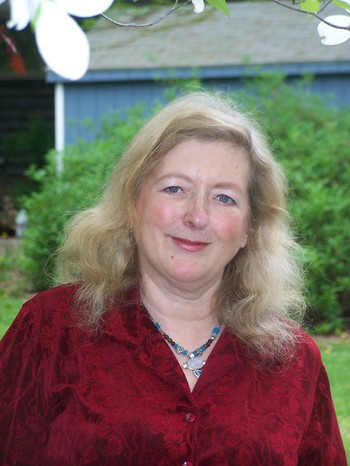 Esther Friesner (also known as Esther M. Friesner) is a fantasy author best known for her humorous works, though she spans the Sliding Scale of Silliness vs. Seriousness. Friesner was named Outstanding New Fantasy Writer by Romantic Times in 1986. She won the Skylark Award in 1994. She has been nominated a number of times for the Hugo Award and Nebula Award, winning the Nebula Award for Best Short Story in 1995 and 1996 for, respectively, "Death and the Librarian" and "A Birth Day". She has also edited a large number of anthologies, perhaps most famously the Chicks in Chainmail series.

She lives in Connecticut with her husband, two children, two rambunctious cats, and a fluctuating population of hamsters.

Works with their own trope pages include: