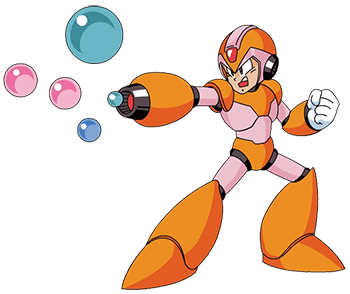 You know that "Heart" tends to be a sucky power, right? Well, that's pretty hefty compared to bubbles!

In video games, bubble-based weapons tend to be a Joke Item — slow, inaccurate and laughably non-lethal. But sometimes they manage to be a useful Nerf Arm.

Enemies hit by a bubble weapon sometimes find themselves Floating in a Bubble.

Compare Water Guns and Balloons. Sub-trope of Making a Splash.