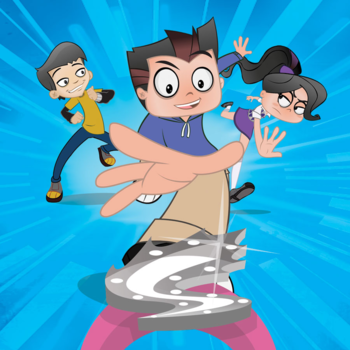 SheZow is about 12-year-old Guy Hamdon and his adventures after finding and putting on his deceased Aunt Agnes' super powered ring, inheriting her Super Hero alter ego, SheZow. Unable to take it off, he must now fight crime whether he wants to or not. In a dress. At least he doesn't have to go it alone, getting help from his best friend, Maz, who acts as his sidekick (with differing alter egos for each episode) while Guy's sister Kelly helps from the "She-lair" with Sheila the Supercomputer. Guy must also keep his identity secret from his policeman father, who has always thought SheZow was an arrogant show-off (due in part to SheZow's popularity; she has comic books and fan clubs!).

The series was originally a short on Disney’s Shorty McShorts' Shorts which premiered on May 4, 2007.

Despite (or because of) various anti-LGBT groups protesting the premiere (although the show does not address issues of transgenderness or homosexuality), the show received high ratings when it ran on the Hub Network, according to creator Obie-Scott Wade's Twitter account. Despite this, the series didn't get picked up for a second season, not so much due to rating but more that Hasbro was having financial issues at the time and ultimately sold network rights back to the Discovery Channel who in turn re-branded the channel to "Discovery Family" and started phasing out any non-animal related series, with Shezow becoming one of the casualties.

This cartoon includes examples of: