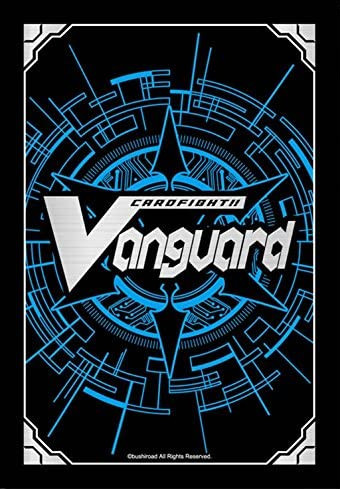 The rough premise of the game is that Cardfight!! Vanguard's cards depict beings from the planet of Cray, and the two players are astral spirits who call upon these fighters from Cray to battle for them. These cards are known as Units, and the act of placing them onto the field to let them do battle is known as Calling.Note It used to be that all cards in the game were Units, but a new card type known as Orders were introduced in 2020.

The central gameplay involves calling units onto the field, letting them battle the opponent's cards, and eventually defeat the opponent by dealing a total of six damage to the Vanguard unit, a specific unit that represents the player. Units have two key values: a grade that determines its difficulty of being called, and a power value that determines its strength when battling.

The playmat includes one Vanguard Circle where the player's Vanguard is placed, and five Rear-guard Circles where other units can be called. At the start of the game, a grade 0 unit is placed in the Vanguard Circle as the First Vanguard. At the start of every turn, the turn player can "Ride" a new Vanguard by placing a new unit with a grade one higher or equal to the current Vanguard on top of the current Vanguard. During the main phase, the turn player can call units onto the field with grades equal to or lower than the Vanguard, and use the abilities of the cards on the field. There are two common types of ability costs: Soul Blast, which requires removing a number of cards under the Vanguard, and Counter Blast, which requires flipping a number of cards in the damage zone (placed face-up when the player is damaged; see below) face down.

During the Battle Phase, the units on the front row (the vanguard and the two rear guards beside it) can attack the opponent's front row units. The power values of the battling cards are compared, with a whole host of effects and mechanics that augment them. If the attacker's power is greater or equal to the attacked unit's power, the attack is considerd to have hit. If the hit card was a rear guard, it's retired and removed from the field. If it was the vanguard, then one (or more) damage is dealt.

Additionally, when the Vanguard attacks or is hit, the game performs an additional trigger check (known respectively as "ride check" and "damage check"), where the top card from the deck is flipped up and its listed trigger effects would apply. A deck must contain exactly sixteen trigger cards, with a maximum limit of 4 heal trigger cards, which heal 1 damage when triggered, and 1 over trigger card, which grants an extremely powerful effect that varies by card.

The Cardfight!! Vanguard card game was "rebooted" twice alongside the Cardfight!! Vanguard (V Series) anime reboot and the Cardfight Vanguard Over Dress anime soft reboot. Cards would either have a D icon, a V icon, or no icon on their bottom left corner next to the card ID. Each time the game was rebooted, a new format exclusively using the post-reboot cards would be created. Currently, there are three formats: a D Standard, a V Standard, and a Premium Standard where all cards can be used.

The storyline and lore within the cards themselves is strongly integrated with the story of the Anime and the Franchise at large. As such, additional info on the card stories can be found on these pages and their associated pages.