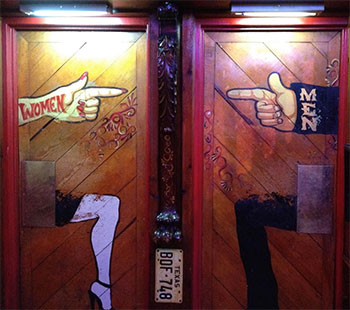 When a character, due to bad signs, gender ambiguity, being transgender, disguising as a member of the opposite sex, or some other issue, has no idea what bathroom, changing room, or other gender-specific room is suitable for them. Potentially an extremely embarrassing or awkward situation.

This is, unfortunately, Truth in Television: Many transgender, intersex, and gender-ambiguous people face this problem as well.