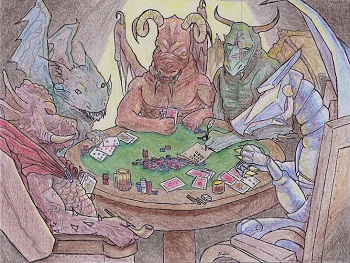 is a Magic: The Gathering Fan Webcomic written by Taylor Connor and drawn by Steve Zaffke and Kenny Weeden. Its first strip ran in early 2009. Actually, it's really two webcomics rolled into one: Kenny draws a Magic-themed Gag-Per-Day strip called "No Shyfts!

". The main 5 Color Control website posts and archives them both.

Like its predecessor UG Madness, its name comes from a popular tournament deck