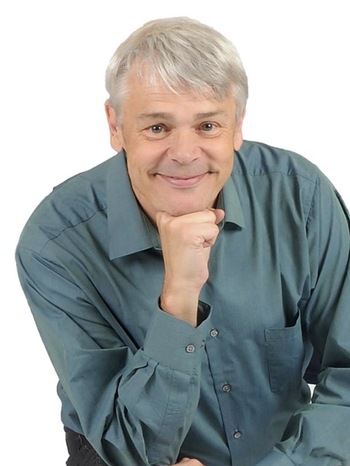 Bob Rivers (born July 7, 1956) is a former American rock-and-roll radio personality in the Pacific Northwest, as well as a prolific producer of parody songs (most famously parody Christmas songs, which have included such gems as "The Twelve Pains of Christmas", "Wreck the Malls", "There's Another Santa Claus," "Teddy the Red-Nosed Senator", and "Manger 6"). His other claim to fame is songs about the Seattle Seahawks football team.

. He can be heard on-air weekday mornings by clicking the listen button on the radio station's website

His work is often misattributed to "Weird Al" Yankovic, despite containing lyrics and themes that Weird Al has said he will not use (such as an entire song about screwing sheep and drug references ("What if god smoked cannabis?"). Also, Rivers uses Classic Rock (like The Beatles and Led Zeppelin) as the basis for his parodies and employs tribute and cover bands to sing them (so they sound as close as possible to the originals), whereas Yankovic tends to spoof Top 40 pop music and sings on his records himself.