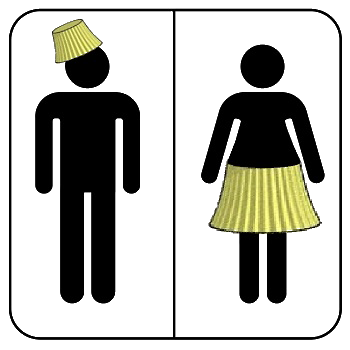 The convenience. The smallest room. The privy. The head. The jakes. The cloakroom. The khazi. The water closet. The john. The loo. The dunny. The necessary room. The ladies' or gentlemens' room. The restroom. The little girls' or boys' room. The can. The pot. The jacks. The crapper. The bog. The shithouse. The meeting room for the brown masses. And last but not least- the thunderbox.

It has many names. And while fiction might seem to spend most of its time pretending they don't exist, there are still plenty of tropes relating to bodily functions and the rooms we set aside for them.