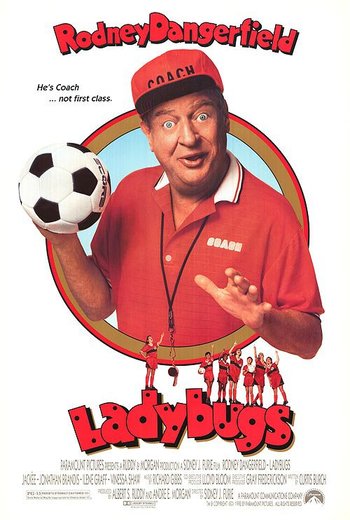 The film centers around Chester Lee (Dangerfield), an average Joe who agrees to coach his company's girls soccer team in the hopes of earning a promotion. When the team turns out to be... less prepared than expected, Chester enlists his fiancée's teenaged son to help, disguising him as a girl. Hilarity Ensues.

can get a promotion at work (and get close to his boss's daughter Kimberly Mullen), Matt becomes "Martha".