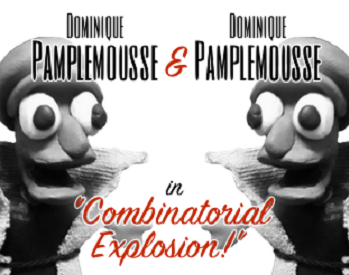 Dominique Pamplemousse is a down-at-heel private investigator who stars as the protagonist of Squinkifer Productions' point-and-click adventure games with heavy musical elements.