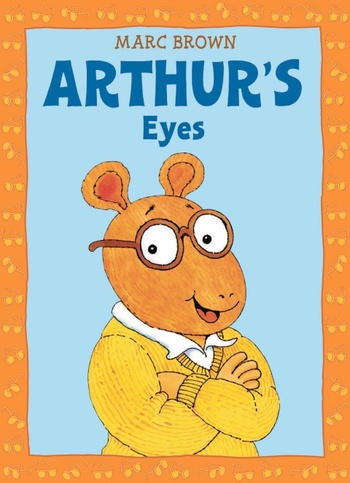 The cover for Arthur's Eyes.
Advertisement:

Arthur is a children's book series by Marc Brown. The series stars a young glasses-wearing aardvark named Arthur Read in a World of Funny Animals.

The series began in 1976 with Arthur's Nose. Since then, it's expanded into other media, including several Living Books games, a long-running cartoon that aired from 1996 to 2022, and a short spinoff of the cartoon. Due to the popularity of the cartoon, it in itself has also received several children's books.

Additionally, the popularity of Arthur's sister D.W. resulted in a series of spin-off books focused on her character, though these are still generally considered part of the Arthur franchise and are sometimes marketed with the Arthur logo.