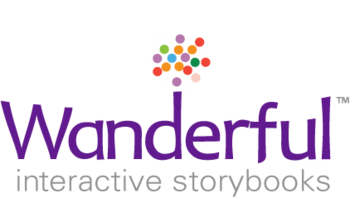 Living Books was a series of interactive books with animation aimed at childrennote basically, proto-Kinetic Novels (not Visual Novels, as there is no semblance of choice involved) produced by Brøderbund and Random House and distributed on CD-ROM for Microsoft Windows and Apple Macintosh. The series began with the release of Just Grandma and Me (an adaptation of the book by Mercer Mayer) in 1992. Later, in 2012, several former Living Books employees formed Wanderful Interactive Storybooks and secured the rights to Living Books assets from owning company Houghton Mifflin Harcourt, and have since released many of the games for modern iOS and Android mobile devices, with Windows and Mac versions still on the horizon. The newer apps add a few new features such as an in-page interface for skipping directly to other pages, as well as the ability to switch between languages on the fly.
Advertisement:

The games in the series, in order, are:note Titles republished by Wanderful Interactive Storybooks are marked in bold, and titles that are not book adaptions are marked with an asterisk.

All of the games have the option to either have the story be read to you, or to play the story and then allow you to click anywhere to bring inanimate objects to life. Pretty much everyone who plays the games went with the latter option.

They are notable for featuring Easter Egg-laden stills on each page.

For books that are actually alive, see Books That Bite.