Video Game / Liyla And The Shadows Of War 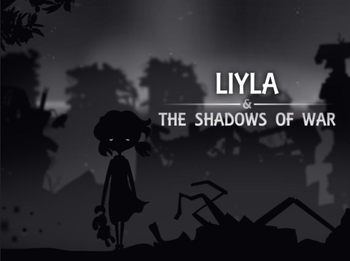 Liyla and the Shadows of War is a freeware Cinematic Platform Game for iOS and Android, released by the Palestinian developer Rasheed Abueideh on May 22nd, 2016.

The game is set in 2014, during what is variably called Operation Protective Edge or 2014 Gaza war. You are playing as the unnamed civilian in the early days of the conflict, who is soon forced to run and evacuate his daughter, Liyla.

The game is very short, and to say anything more would lead to spoilers.

Liyla and the Shadows of War provides examples of the following tropes: