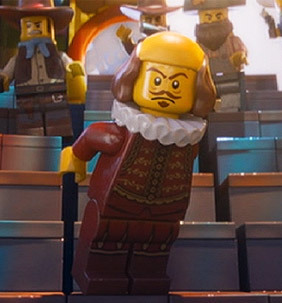 "To build, or not to build? That is the question."
Advertisement:

William Shakespeare, being the important literary figure that he is, shows up frequently as a fictional character—so frequently, in fact, that a number of standard conventions have developed about how he's portrayed.

Many of them revolve around the trope of Biography à Clef. Most of the fiction about Shakespeare has him experiencing things that mirror his writing, with the implication that they served as inspiration. Specifically, often many of these things are portrayed as true:

There are also a number of other common threads in Shakespearean fiction:

Compare William Fakespeare, where an author who is Shakespeare in all but name appears in the work.

Fiction where Shakespeare appears as a character includes: