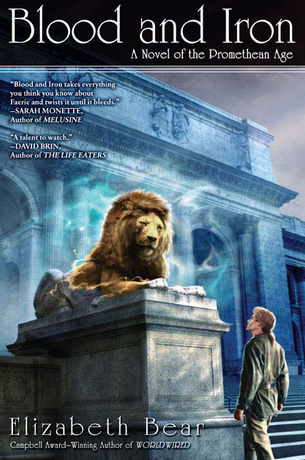 The Promethean Age is an ongoing Alternate History Urban Fantasy by Elizabeth Bear. It combines Historical Domain Characters with standard fantasy tropes. Most of the books in the series are standalone, but the third and fourth constitute a duology called "The Stratford Man".

Tropes in these books: