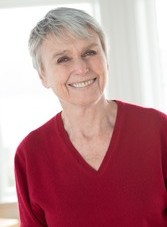 Susan Mary Cooper (born 23 May 1935) is a British fantasy author, best known for The Dark is Rising series. Her other novels include The Boggart and King of Shadows.

Works by Susan Cooper with their own trope page include:

Other works by Susan Cooper provide examples of: