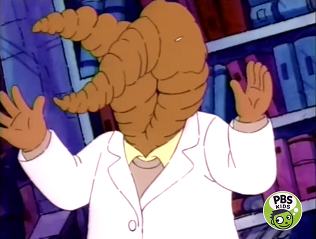 Ever wonder why kids are advised to have an adult present when they're doing science experiments?
Advertisement:

Being a slice-of-life cartoon (albeit using anthropomorphic animals) about the lives of young children, Arthur does a good job of depicting the darker aspects of children's overactive imaginations.