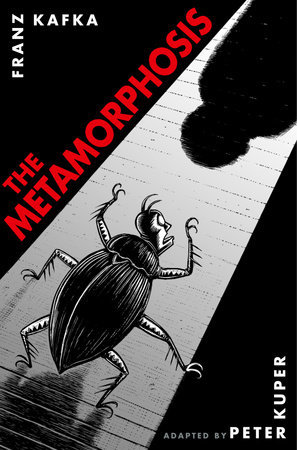 "As Gregor Samsa awoke one morning from uneasy dreams he found himself transformed in his bed into a gigantic insect."
— Opening line
Advertisement:

The Metamorphosis (German: Die Verwandlung) is a 1915 novelette by Franz Kafka, about the salesman Gregor Samsa who wakes up one day to find he has been inexplicably transformed into a gigantic cockroach-insect... thing, focusing primarily on his attempts to cope with this situation and his family's attempts to continue their life, of which Gregor was the breadwinner.

Not to be confused with The Metamorphoses, an epic poem by the Roman author Ovid.

The Metamorphosis provides examples of the following: