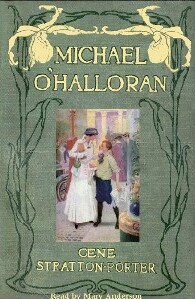 Michael O'Halloran is a novel by Gene Stratton-Porter.